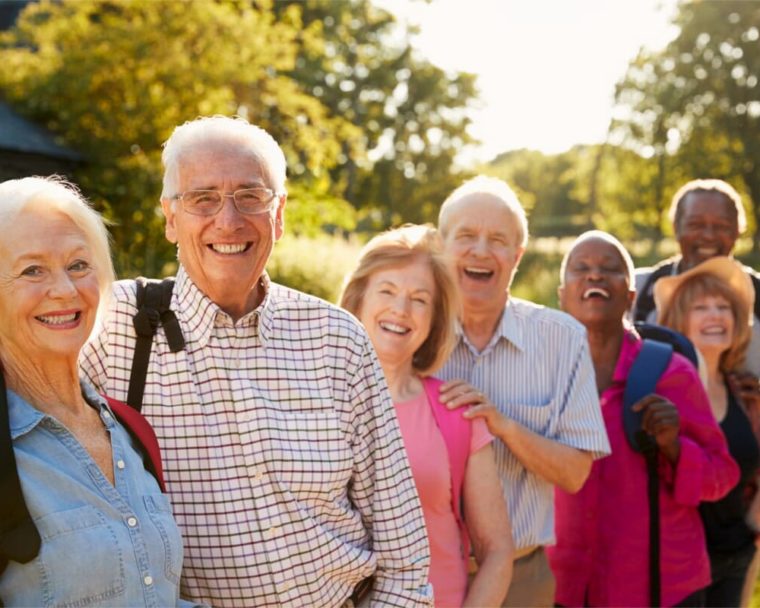 In the last few years, CBD has sparked a massive shift in the health and wellness communities as people everywhere are finding natural relief for their health conditions. Based on the findings from multiple research studies, CBD can provide natural relief for over fifty conditions including arthritis, multiple sclerosis (MS), epilepsy, numerous stress-related disorders, and more.

While its properties can certainly benefit individuals of every age, in this article, I would like to discuss the population most affected by severe health conditions.

Let’s explore the amazing benefits of CBD for seniors and discuss the massive impact CBD can have on this group of individuals.

A Major Health Problem for Seniors… and America

Today in America, there are over 46 million individuals who are 65 years of age or older.

While some happily transition into this stage, others refuse to acknowledge it. At the end of the day, it makes no difference―we all get older.

Based on that same truth, as our bodies naturally age, we will all face the threat of serious health conditions, and most will be afflicted by them.

According to the Harvard Neurodiscovery Center:

According to the CDC, 49.6% of senior citizens suffer from Arthritis

With America’s senior population projected to outnumber the minor population (under 18) by 2035, we need to think of a solution, and quick.

Could CBD be the solution we need to keep our senior population healthier, longer?

How CBD Can Benefit the Health of Seniors

CBD, short for Cannabidiol, is one of over 60 cannabinoids found in the Cannabis plant.

Like other cannabinoids, CBD can interact with receptors in our body’s Endocannabinoid System (ECS), which research has shown is the catalyst behind the many effects of the Cannabis plant. It is also the reason psychoactive cannabinoids like Tetrahydrocannabinol (THC) can induce euphoric or mind-altering effects on the user.

Now, unlike THC―CBD is non-psychoactive. This means it will not make the user high, while continuing to deliver the many health properties of the Cannabis plant.

Because these benefits are uniquely aligned with the conditions generally afflicted by seniors, CBD is positioned as the perfect solution to improving the health and lives of our senior citizens!

Keep reading to discover 7 Science-Supported Benefits of CBD for Seniors!

First on our list, is CBD’s ability to alleviate a condition that nearly every senior deals with―pain and inflammation.

With nearly half of the senior population in the United States suffering from Arthritis and 75–85% of seniors suffering from chronic pain―this is unfortunately a common problem for most seniors in America.

It doesn’t have to be though.

Studies have shown that CBD can reduce inflammation and alleviate pain from conditions such as Arthritis, Joint Paint and Multiple Sclerosis (MS).

By activating various receptors in the Endocannabinoid System, experts have found that patients treated with CBD experience a “clinically significant reduction” in pain related symptoms with little to no adverse side effects.

As a natural alternative to traditional pain medications, CBD creates a compelling case for health care professionals and senior caregivers.

As our bodies naturally age, we endure a condition known as Osteoporosis.

During Osteoporosis, our bones experience a loss of vital minerals and become fragile and brittle, making them more prone to breaking. Because of this, seniors can experience severe pain and fractures if they have a fall.

With falls as the number one cause of death for men over the age of 60, and 33% of women and 25% of men older than 50 suffering from osteoporotic fractures, bone health is a serious issue for the older generation.

In addition to reducing inflammation and promoting cell repair, research has shown that the cannabinoids like CBD can actually help strengthen the bones and even promote the healing process if a fracture does occur.

While additional clinical trials will be needed to determine the viability of this application for the masses, the results thus far are very promising.

3. CBD can improve quality of sleep

While sleeping disorders like insomnia are a condition suffered by individuals of every age, they are very common for seniors.

Experts suggest that this is caused by the shift in sleeping patterns as one gets older, along with the chemical imbalance caused by medical conditions and prescription medication.

Because sleep is the period that our body flushes out toxins and restores itself, conditions that prevent sleep are extremely harmful for seniors.

To alleviate their sleeping disorders, most seniors will turn to sleeping medications. While these may temporarily solve one problem, they create an even bigger problem in the long run.

By combatting the conditions that are causing sleeping disorders, such as stress, anxiety, restlessness, and general unbalance in the body, CBD can calm the user and naturally promote a healthier sleep problem for seniors. More importantly, it can prevent the need to take harmful sleeping medications.

When people are afflicted by a health condition, society’s first solution is to prescribe medication.

While this may provide temporary relief for that condition, it often requires gradually increasing dosages that leads to further damage to the body, and creates dependency on medication.

By the time we figure out how damaging this is for our body, it’s too late. Our body has already adapted to literally needing that medication.

With seniors suffering from a wide range of health conditions, you can bet they’ve been prescribed all kinds of medications. As they continue to rely on medication to alleviate their conditions, they ultimately develop a dependency.

Studies have shown that CBD can not only alleviate conditions that often involve harmful medication, it can help combat the dependency that was developed from that medication.

Findings from a 2018 study revealed that CBD can actually help combat addiction by preventing relapses. In the study, researchers found that after administering CBD once a day for seven days, patients no longer displayed “addictive behaviors” and it deterred the patient from relapsing for five months.

As seniors decide to switch from harmful medications to natural cannabis relief, CBD can help combat and alleviate the withdrawal and relapsing behaviors that will arise during this process.

According to the American College of Cardiology, heart disease is the most common condition amongst older adults and the #1 cause of death for this age group.

With more than half of all American adults suffering from high blood pressure, the leading cause of heart conditions, this fact comes at no surprise.

Based on the research from recent studies, CBD may be an effective and natural treatment for high blood pressure.

In addition to reducing high blood pressure, studies found that the antioxidant properties of CBD may help reduce cardiac inflammation and can deter cell death caused from oxidative stress.

The researchers in charge of the study believed that the results “strongly suggest that it [CBD] may have great therapeutic potential in the treatment of diabetic complications, and perhaps other cardiovascular disorders, by attenuating oxidative/nitrosative stress, inflammation, cell death and fibrosis.”

By reducing blood pressure and deterring inflammation and cell death in the heart, CBD can significantly improve overall heart health and serve as a preventive measure against serious health conditions.

Because CBD can interact with receptors in our brain and central nervous system, experts believe CBD could be a potential treatment for neurodegenerative diseases like Alzheimer’s and Multiple Sclerosis.

While it’s still early to make a conclusive assessment, the studies below have shown some promising results

As you can see from the findings reported in these studies, there is a substantial amount of evidence supporting the neuroprotective benefits of CBD.

As more clinical trials are conducted, the evidence will become more and more evident. In the future, CBD could become one of the primary treatment methods for seniors suffering from neurodegenerative diseases.

While we all deal with mood swings, as we start to experience the major changes associated with getting older―like the decline of health, disabilities, or the loss of a loved one―these mood swings can often become greatly intensified.

Prolonged, they can lead to major health problems, with a high chance of the individual developing a mental illness if they feel that they are disconnected, neglected, isolated, or lonely.

Based on the findings from numerous studies, CBD may help alleviate this condition.

By interacting with the receptors involved in regulating our mood (such as the Serotonin and Adenosine receptors), CBD can alleviate stress, calm the mind, and improve cognitive functions. These three things combined, greatly contribute to how your mind perceives its current situation, and can have a significant impact on your mood.

While studies have shown that CBD can effectively alleviate mood-related disorders, the thing that seniors need more than anything is to know that they aren’t forgotten…

It’s probably not a comfortable situation to talk about, but we can often get so involved with our lives that we forget these special people. Overtime, this can take a serious toll on their mental, physical, and psychological health.

While we try to make the most of it, nobody enjoys getting old, especially if they have to do it alone.

Whether it be your grandparent or parent―if there’s an older person in your life who you know could use some company, make the effort to spend some time with them. These are going to be some of the most precious moments you can share with them, and It will make a big difference in their health and lives.

With that being said, that ends the last benefit of CBD for seniors on our list. I hope that this article brought value to your life and helped you understand the many benefits of CBD for seniors. More so, I hope that it inspired you to help a senior in your life find relief for their condition, or (if you’re the senior) encouraged you to find relief for your condition with CBD.

Thanks so much for reading our article and don’t forget to always remember the seniors in your life. 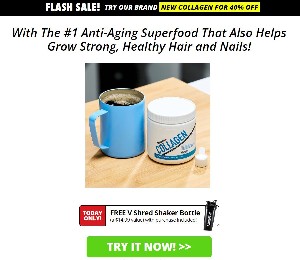 Thought On Your Back Flexibility

A Food System That Really Helps You

Balance Your Blood Pressure This Spring